Founded in New York by Cris and Kuni in 2002 RUFF RUFF blends old world craftsmanship with minimalist chic. Cris, aka Cristian Weer, is an internationally acclaimed magazine publisher and fashion photographer, recognized for his extensive achievements in both his native Germany and the fashion capitals of Europe. Kuni, aka Andrea Ruff, after extensive experience in tailoring and haute couture, designed her own line of clothing and opened a store in Munich, Germany. For many years now, she has also served as a stylist to the world’s top photographers and models. With her impeccable style and innate design sensibility, she imparts RUFF RUFF handbags with an unrivaled polish and sophistication.

In the somber New York winter of early 2002 my partner Kuni was reaching out to her tayloring roots. She got out her rescued sewing machine and started making handbags. First flowery Mediterranean then athletic and Rock’n Roll, the bags started mounting in every corner of our Lower East Side apartment. Friends came buy and picked samples for sale in their stores, we started selling in our neighborhood. One day, the bags covered every square foot, I said to Andrea: “why don’t we start a business?” “I do the photos and promotion, you do the bags.” We were free lance fashion professionals but without any entrepreneurial experience. With a better knowledge though, we might have never started.

Walking her fringe bag, Kuni was stopped on the street frequently and asked how to get the bag. This was our first outsourced bag to a shop in Midtown Manhattan the so called fashion district. The costs were immense. Large size, of course, lot’s of leather and lot’s of labour.

With some momentum we created a whole collection, made our first catalogue, found a name for the business. RUFF RUFF is based on Kuni’s last name, reminiscent of the Ruff Ryder freny,
the sound of a dog, an homage to eighties pop bands and a wink to Miu Miu.

One day Kuni bought some NY Knicks jerseys and transformed them into a bowler. This turned out to be our first commercially successful bag. The 30$ cost bag showed up first at Patricia Field’s Soho store and was produced in a different shop in Midtown Manhattan. The shop’s name was Manolucci. Back then Italien brand names were also very popular among east European immigrants.

Factories and production are always trouble. The first fall out we had with Manolucci. He decided to redesign the second edition of the Bowler bag. He was screaming at me to loose all trims. He wanted easy work and more profit.

He showed me a bag he would make money with. It turned out to be Botkier’s “Trigger” bag. I got thrown out of his shop and walked around the corner to get the production done. It was that easy but the quality never convincing. A few shops have survived in Midtown Manhattan the vast majority was closed until they lost their business to Asia.

We got a showroom, and had our first and great show at ENK in New York. Orders were written by Nordstrom, Fred Segal, German, Japanese and Portuguese department stores, we were on. But we forgot one thing. How to finance the orders. With unbelievable naiveté we were hoping for a wonder. Expecting some clients will pay with advances, we will manage with those.

We learned, department stores don’t pay on delivery, rather 30 or even 60 days later. Smaller boutiques would pay CC on delivery. Banks want to see collateral. Factoring starts at a Million Dollar order and includes immense paper work, so letter of credit. A painful struggle started. We wanted to meet the deadlines and had to find capital fast. We made it, with the help of friends and family only.

The other challenge was getting good quality work. We distributed all jobs to different factories and turned our home in New York’s Lower East Side into a workshop. Finally, the quality produced in the Midtown factories were a disaster. Made in NY turned out to be a hurting experience.

Struggling to move on we designed for big US companies. We hat many insights into creative departments, none of their processes seemed modern and efficient.

Our own design process was eclectic. I think research is important. Copying is verboten but sampling okay. We designed from scratch, recontextualized. Transformed small into big, cheap into expensive. Turning things upside down worked like a charm.

In the spring of 2008 we started to fall apart, lost our support, investors and the production in NY started to be unbearable. We started a little factory in Greenpoint Brooklyn, but good craftsmen are as hard to find as factories.

After six years we worked with every factory in New York at least once. In deep frustration, our favorite sample maker from Ecuador told us , his brother does business in China. He stayed on the other side of the Pulaski bridge. He came over in minutes. He showed us some handbags and promised he would take care of us in Guangzhou China. We never were thinking of going to China, too far, too exotic and only for mass production and after all proud New Yorkers.

Ten days and we were off to China the first time. We were excited. Cheap, super fast and accommodating. Samples in half an hour a collection done in a week. Markets for fabrics, hardware, products as big as Midtown Manhattan.

To be fair we probably joined the club at the end of China’s Golden Age. Disappointments were coming, prices rised significantly.

Late 2008 not only the stock market collapsed, like most businesses we were facing huge problems, closed our factory and spend more time in China.

2013 my partnership with Andrea Ruff ended and the business came to a halt.

Two experiments which failed, did they? Starting a (global) business is one, doing business with your life partner the other. 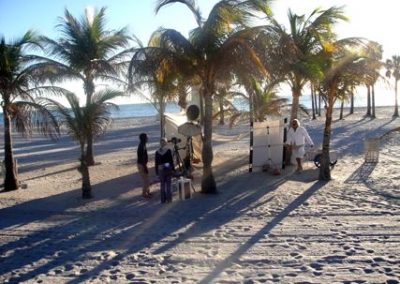 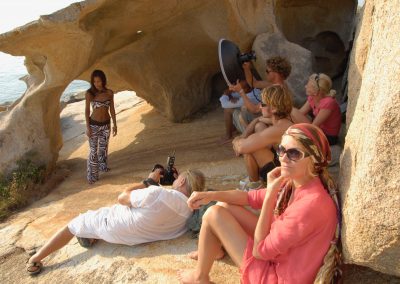 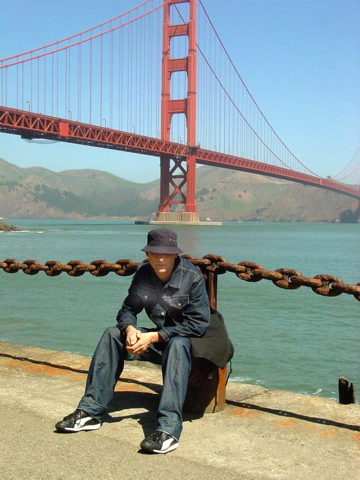 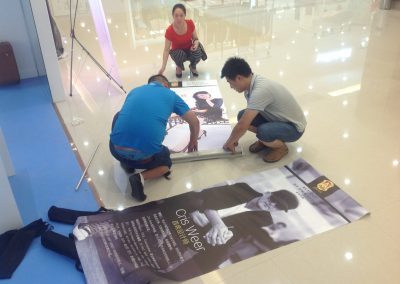 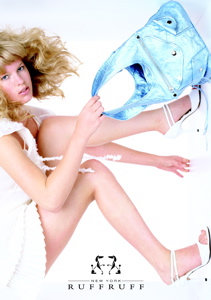 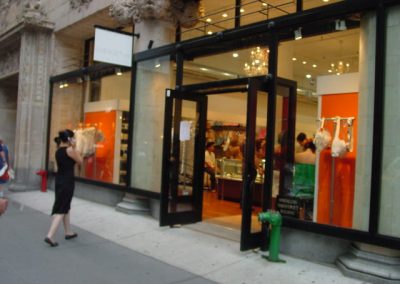 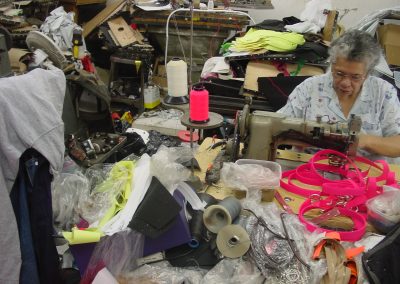 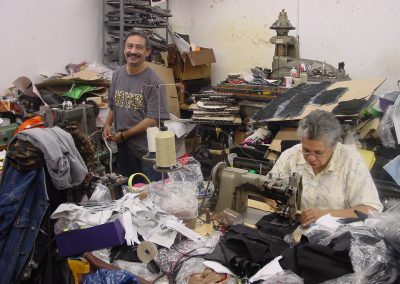 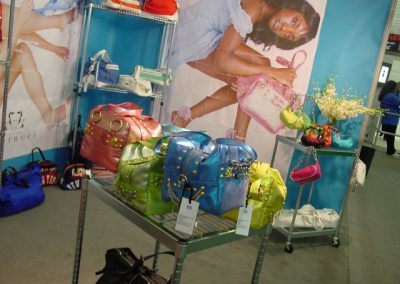 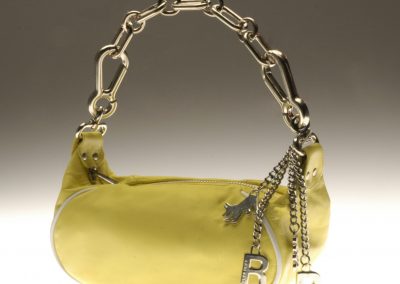 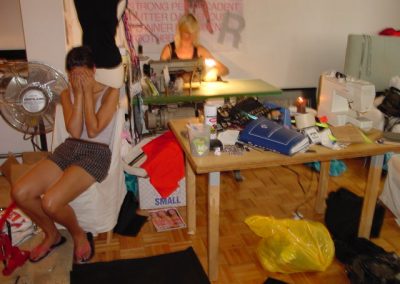 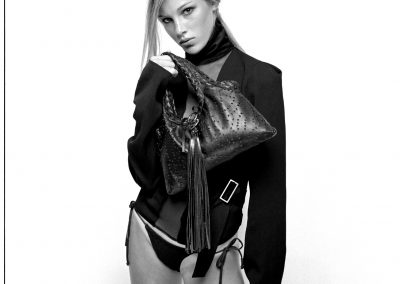 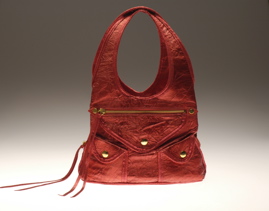 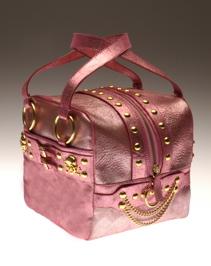 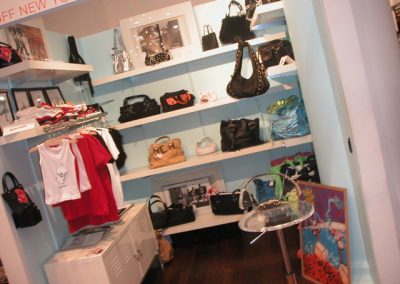 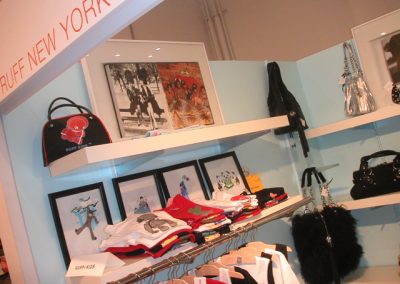 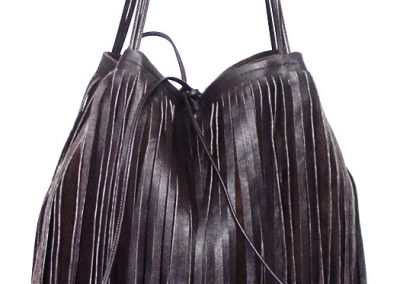