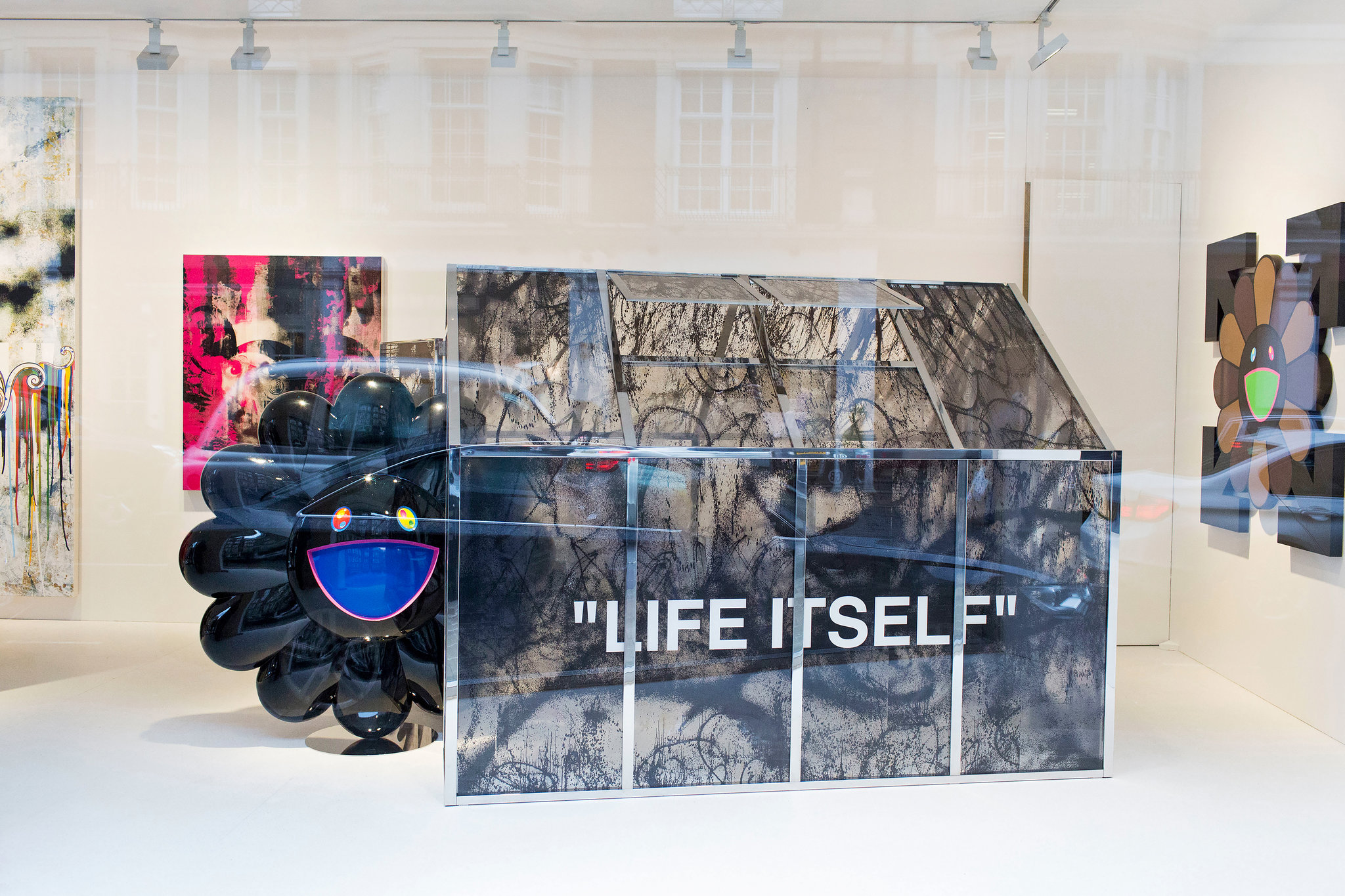 From Sneakerheads to Art Collectors

The line had begun forming at 3 p.m., though the time varied according to whom you asked. A young American Marine, Claude Martin, at the back of the line — the very back, since after less than an hour, the hired security forbade any more people from lining up — said he had heard whispers that the earliest comers had arrived at 3 a.m.

It was a damp Tuesday evening in London, but they waited down the block and around the corner to get in, mostly young men, mostly in sneakers, at least one with a Supreme bag.

It wasn’t a so-called product drop. It was an opening at the Gagosian Gallery. “We have never had a lineup around the block to get into an exhibition,” said Nick Simunovic, the director at Gagosian Hong Kong.

The occasion was the opening of “Future History,” a collaborative exhibition by Virgil Abloh, the American designer behind Off-White, and Takashi Murakami, the Japanese fine artist whose menagerie of adorable cartoon monsters have become pop totems (and the guest stars on a best-selling line of Louis Vuitton accessories).

Each man is a hero of the “hypebeast” community, and they came together last year at ComplexCon, the annual convention at which hypebeasts swarm. Mr. Abloh and Mr. Murakami had set up a silk-screen station to create T-shirts together and were mobbed.

“I never knew sneakerheads,” Mr. Murakami said of his first time at ComplexCon. “I said, ‘What is happening?’ I am walking around this convention, and everyone knows my face.” He imitated the fanboys he encountered in a gasp: “‘Oh my God, Takashi Murakami, oh my God, oh my God!’” Then he giggled in disbelief: “What?”

ComplexCon had led here to Gagosian, the gallery that represents Mr. Murakami, for which, over the course of about two and a half months, he and Mr. Abloh collaborated on paintings and sculptures. Mr. Murakami made a large sculpture of one of his smiling flower characters; Mr. Abloh built a greenhouse around it. Mr. Abloh requested a screen print of an image from a 17th-century self-portrait by Gian Lorenzo Bernini; Mr. Murakami screened the mouselike ears of his character Mr. DOB on top.

“Truth be told, I don’t go into these things knowing if they’ll work,” Mr. Abloh said.

The day before, Mr. Abloh, in T-shirt and camouflage pants, and Mr. Murakami, in baggy sweats and Off-White Nikes, had installed the show and discussed their working process.

“My position is, he’s the master, I’m the labor,” Mr. Murakami said. They had come together each with their own thoughts and bounced them off each other, and developed ideas quickly.

“From the idea to do the show to what some of these first pieces would be was, maybe, two minutes,” Mr. Abloh said. Both men’s icons are instantly recognizable in each piece — Mr. Abloh’s ever-present air quotes, Mr. Murakami’s characters — but here they’re presented as co-signed artworks, even if Mr. Abloh’s usual media are clothes and shoes.

“When I’m designing a shoe, I’m employing ideas from art, everything I’ve seen, and it’s manifesting itself in a shoe,” he said. “Why not cement them in serious art pieces? That’s what these four walls do, more than a retail store.” He paused at a sculpture of a Murakami character rising off a base made from an Off-White logo mark. “I could see this in a retail space,” he said. “I could also see it in a home of a billionaire.”

It could well end up in one. Even before the exhibition’s opening, half of the pieces had been sold. “The feedback and results have been incredible,” said Mr. Simunovic, the gallery’s liaison to Mr. Murakami. “We sold a painting today, for example, to a 21-year-old who had never worked with the gallery before.” The gallery does not disclose artwork pricing.

For Mr. Abloh, part of the project’s appeal was bringing his dedicated fan base into contact with the new horizons of the art world. In 2019, the Museum of Contemporary Art in Chicago will stage the first museum retrospective of his work. “It’s generational,” he said. “I was born in 1980. I always thought that us buying a rare Supreme shirt is like buying a print for a previous generation.”

Mr. Abloh and Mr. Murakami did design an edition of 400 T-shirts to be sold on the Gagosian website, which will be finished by hand as an entry-level offering; they quickly sold out. But none were for sale the night of the opening, and the lines formed anyway. (Many of those waiting were hoping that the artists would sign their sneakers and shuffled around the gallery, once they were finally let in, in socks.)

Mr. Murakami, who between the installation and the opening had traded his hygienic face mask (he had a slight cold) for one fashioned out of a Nike sneaker, one of Mr. Abloh’s signature zip ties and a bit of camouflage print from his Louis Vuitton collaboration, seemed delighted. He sneaked out of the gallery to take selfies with those waiting. (“How’s the population in London of sneakerheads?” he had wondered in all seriousness the day before. “I really want to welcome the new audience.”)

“The world moves as fast as Instagram scrolls,” Mr. Abloh said. “What excites me more is the physical. I think that will be rewarding. That’s my barometer: Is the piece done? Is it good enough? Is it worthy of someone’s time?”

Outside, they were still waiting. Even Mr. Martin, the marine. “I’m not going to get in,” he said, with admirable even temper. There was over an hour to go. Luckily, the exhibition remains up through April 7. 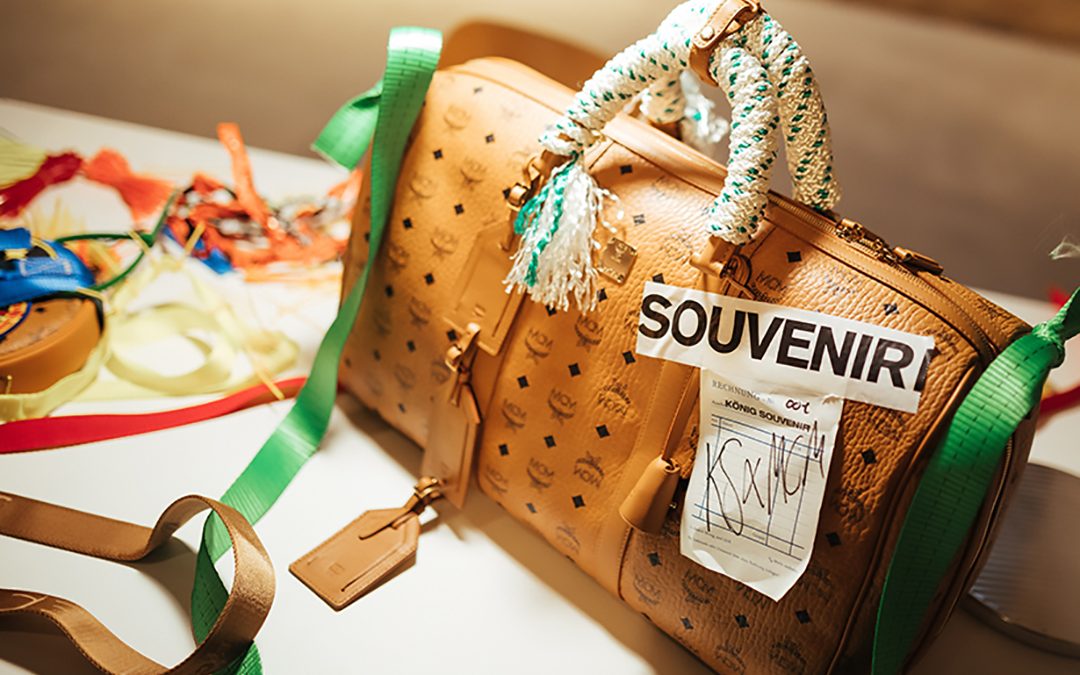 Born in Munich, grown up in Seoul and ready to party in Berlin

Everybody is speaking about millenials and Generation Z and it seems that they are responsible for the death of mainstream media with their very niche interests. At Achtung Mode we are highly specialized in fashion content only but more and more the luxury brands we work with have to execute crossover ideas often in conjunction with the art world to have reach. MCM is a leader when it comes to speaking to the fickle millennial audience. And here is why.

Oh boy, all the smart marketing moves they have to come up with to play favor with this audience. They are a shopaholic generation of travelers whose itineraries make those of diplomats pale in comparison and they only want the coolest. They are all over the place and all over the planet and know everything. But as every nomad, they like to belong to a tribe.

MCM is a leader when it comes to speaking to the fickle millennial audience.

If you want to have them buy your product and stay loyal you must make them believe in your roots and heritage and always keep them entertained. Sounds complicated, yes, and it is.

Still MCM, which is considered a hip brand with millenials, has taken a big step a few weeks ago. The brand was born in Munich and is doing well all over Asia for its German craftsmanship and savoir-faire reputation. But to stay on the edge, MCM, which is focusing on growth in Europe and Germany at the moment, has decided to declare Berlin as its new German creative hub with global influence. Munich is in the history books but Berlin and its Bauhaus tradition and now bourgeoning art and club scene is what makes the brand tick. Also, Made in Italy will start playing a bigger role for the brand.

To underline this new direction, MCM’s Sung-Joo Kim invited an eclectic group of international journalists and tastemakers to a few days in Berlin under the moniker Viva MCM, Viva Berlin. Events where kicked off at the Store at Soho House Berlin. The Store has slowly but surely established itself as one of Berlin’s best retail destinations next to the Corner and Andreas Murkudis and the Voo Store with its fine edit of top brands. Korean DJ Peggy Gou played and Berlin DJ trio Fjaak unveiled a USB pocket for MCM with tracks for traveling.

A new collaboration with Johann Koenig Souvenir and MCM which will premier at Art Basel Miami was unveiled.

MCM also organized a tasting menu at Tim Raue, Berlin’s best chef with Asian leanings and highlight was an evening at St. Agnes the Johann Koenig art gallery where Norbert Bisky explained his current exhibition to the audience. Needless to say, the space in the Brutalist church is amazing and other top artists like Anselm Reyle who shows in the same gallery attended. Also, a new collaboration with Johann Koenig Souvenir and MCM which will premier at Art Basel Miami was unveiled. On display was an exclusive preview of the KS x MCM collection of limited MCM editions curated by Koenig Souvenir, a label for unique objects of art founded by Johann Koenig and David Mallon: “For the Koenig Souvenir x MCM Travel Collection, we were inspired by the airport as a place of transition – not only for people, but also for art works traveling around the globe. We wanted a collection that recalls this modern way of travel and shipping, but also connects with art in its production process. The collection will be issued as a limited art edition of six travel items playing on the traditional MCM design,” says Mallon. The collaboration will launch at Art Basel Miami Beach this December.

So if you want to stay in with millennial, have roots, show them and make your branches grow.

Avantgarde for other people is when they step out to far. To me Avantgarde is the side of yourself, you are afraid to show. Pharrell Williams/ MET Gala, New York 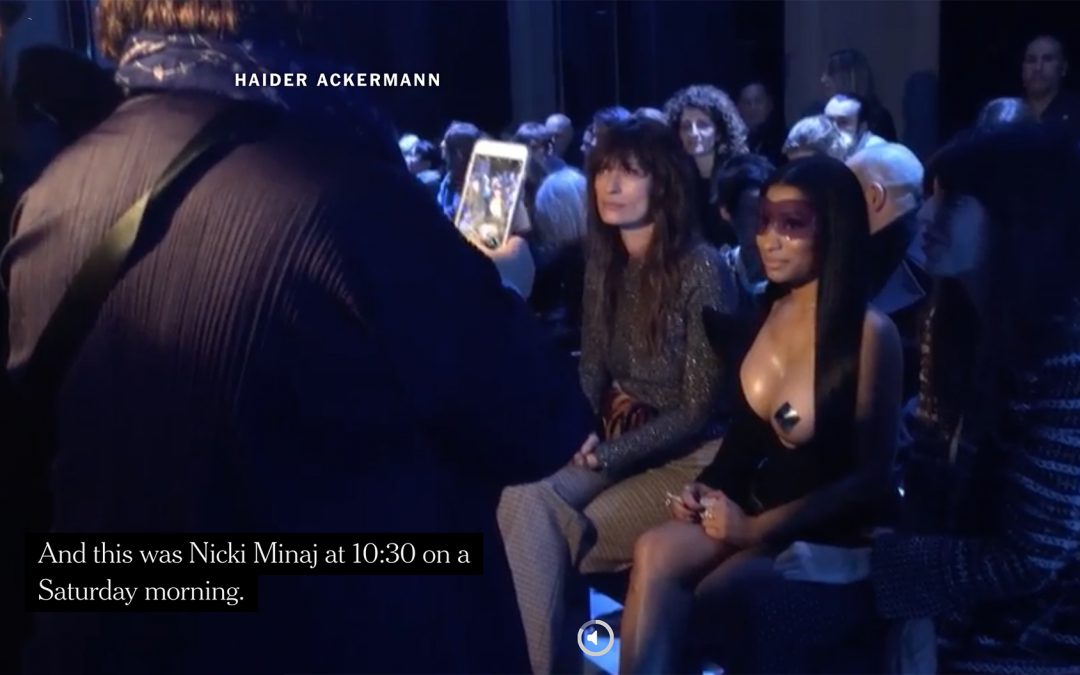 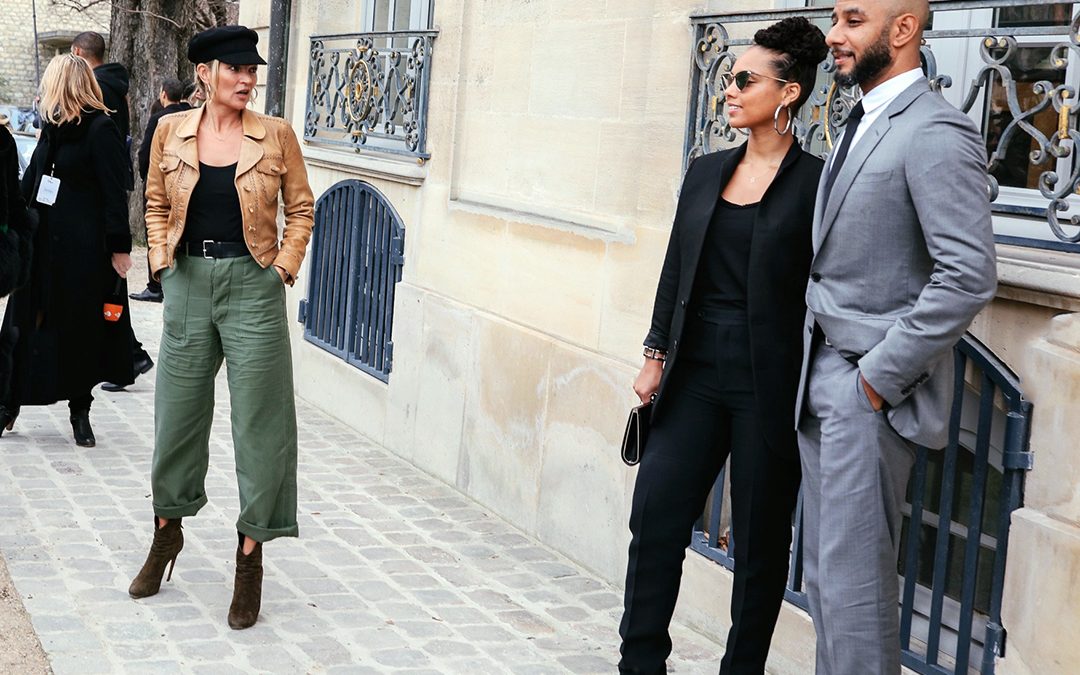